Twists is unpredictable in his utterances, alternates melody and improvisation in an almost architectural way, mixes influences from contemporary composed and improvised ways, lets jazz blend into pop music and vice versa and builds a musical empire that you can hardly find elsewhere.

Pianist and composer Philipp Rüttgers (1981) received the prestigious composition assignment from the North Sea Jazz Festival in 2018.
Philipp grew up in Berlin in the 1980s during the heyday of the squatters’ scene, punk diva Nina Hagen, the Chernobyl disaster as a real threat and of course the wall. Stubborn times as earliest memories for little Philipp. It is not surprising that he has found the passion for fairy tales, baddies, princesses and monsters here. Central to the fantasy world of Philipp are the
fairy tales of Hans Christian Andersen. The writer known from fairy tales like ‘The ugly duckling’, ‘The Chinese nightingale’, ‘The snow queen’ and ‘The flying suitcase’. The recurring elements in Andersen’s stories are the spiritual quests
of us being human, the threatening evil, the desire for social growth and the acceptance of destiny.

“…a dreamy, almost cinematic mix of jazz and folk, with a touch of chamber music. The compositions are quite complex, well thought-out and remarkably rhythmically which convey the atmosphere of the various fairy tales.”
Draai om je oren – Ben Taffijn

With the fairytale as blueprint, Philipp wrote the music for the North Sea Jazz Festival composition assignment.
The multi-instrumentalist Heidi Heidelberg from England is responsible for the vocals. A highly headstrong singer with an enchanting effect. Philipp’s search for cross-border musicians found his way to master violinist Oene van Geel, as
well as cellist Soal Pau Masafrets and drummer Yonga Sun. A special line up that can combine both an acoustic and electronic sound world. The flexibility and spontaneity of the musicians is preconceived. A project with a critical view of our current society from the perspective of a fairy tale. 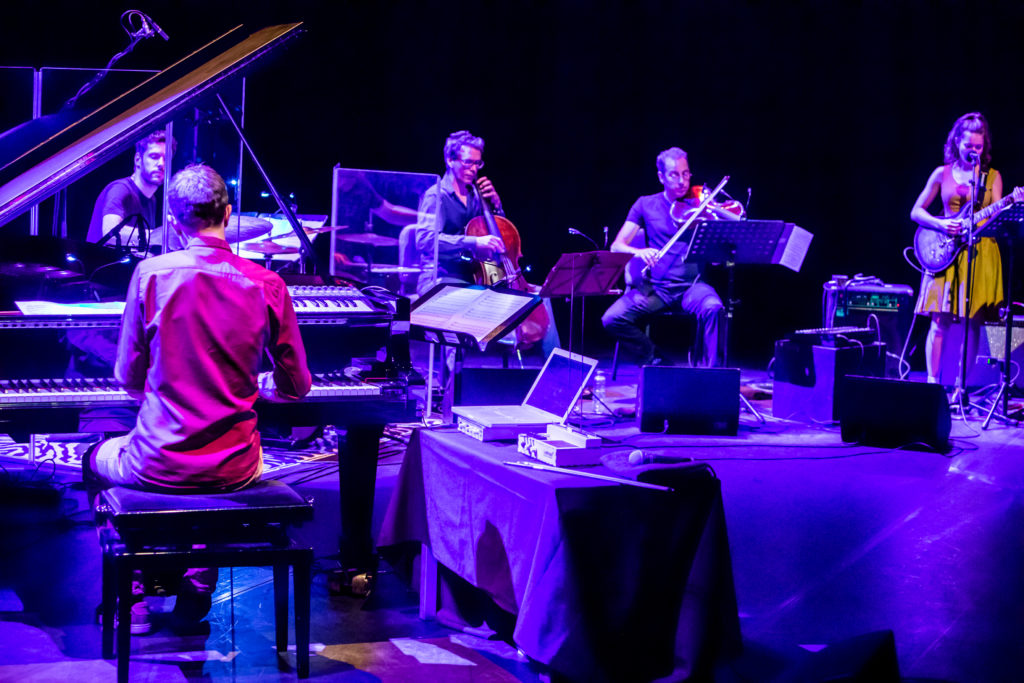 North Sea Jazz Composition Assignment 2018
The jury, consisting of Gijsbert Kamer (music journalist de Volkskrant), Cyriel Pluimakers (jazz programmer and a delegate for the VIP), and Kim Bloem (programmer North Sea Jazz), was unanimous in selecting Rüttgers for the Composition Assignment for this year.
“We are impressed by the large wealth of ideas and composing style of Rüttgers, which is colorful, dynamically varied and also has an interesting rhythm.”